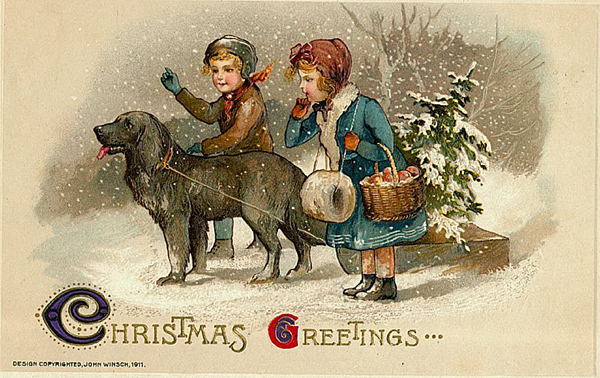 the history of christmas cards

Ever wondered where the tradition of giving Christmas cards comes from? For me, Christmas cards are a wonderful way to keep in touch with family and old friends. It’s a chance for an annual catch up of the past year’s events and the announcement of future plans. Children love to give Christmas cards to their school friends as a way of saying goodbye, have a great holiday and see you next year. We also know that Christmas cards are a great way for businesses to say a personal thank you to their customers. So where did it all start? And how much have things changed from then until now? I discovered a great article on whychristmas.com that explains the history of Christmas cards….

“The custom of sending Christmas cards was started in the UK in 1843 by Sir Henry Cole. He was a civil servant who was very interested in the new ‘Public Post Office’ and wondered how it could be used more by ordinary people. 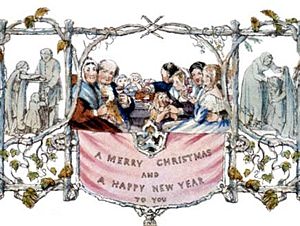 The First Christmas Card
Sir Henry had the idea of Christmas Cards with his friend John Horsley, an artist. They designed the first card and sold them for 1 shilling each. The card had three panels. The outer two panels showed people caring for the poor and in the centre panel was a family having a large Christmas dinner. Some people didn’t like the card because it showed a child being given a glass of wine! About 1000 (or it might have been less) were printed and sold. They are now very rare and cost thousands of pounds or dollars to buy.

The first postal service that ordinary people could use was started in 1840 when the first ‘Penny Post’ public postal deliveries began. Before that, only very rich people could afford to send anything in the post. Cards became even more popular in the UK when they could be posted in an unsealed envelope for one halfpenny – half the price of an ordinary letter.

As printing methods improved, Christmas cards became much more popular and were produced in large numbers from about 1860. In 1870 the cost of sending a post card, and also Christmas cards, dropped to half a penny. This meant even more people were able to send cards.

An engraved card by the artist William Egley, who illustrated some of Charles Dickens’s books, is on display in the British Museum. By the early 1900s, the custom had spread over Europe and had become especially popular in Germany.

The first cards usually had pictures of the Nativity scene on them. In late Victorian times, Robins (an English bird) and snow-scenes became popular.

Christmas Cards appeared in the United States of America in the late 1840s, but were very expensive and most people couldn’t afford them. It 1875, Louis Prang, a printer who was originally from German but who had also worked on early cards in the UK, started mass producing cards so more people could afford to buy them. Mr Prang’s first cards featured flowers, plants, and children. In 1915, John C. Hall and two of his brothers created Hallmark Cards, who are still one of the biggest card makers today!

In the 1910s and 1920s, home made cards became popular. They were often unusual shapes and had things such as foil and ribbon on them. These were usually too delicate to send through the post and were given by hand.

Nowadays, cards have all sorts of pictures on them: jokes, winter pictures, Santa Claus or romantic scenes of life in past times. Charities often sell their own Christmas Cards as a way raising money at Christmas.”

As mentioned above, today all sorts of cards are available, using many different printing methods including foiling, embossing and die-cutting, and come in many different shapes and sizes. Prices can vary dramatically depending on quality and whether you buy packs of mass produced cards from the shops or you have them custom made. Don’t forget if you are crafty, you can also make your own!
Merry Christmas and a Happy New Year from all of us at The Print Group Australia!
Read the full unabridged article here