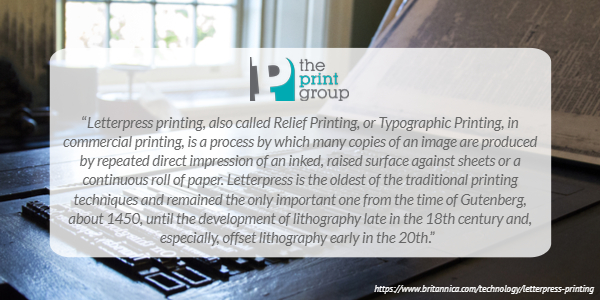 what is letterpress printing?

“Letterpress printing, also called Relief Printing, or Typographic Printing, in commercial printing, is a process by which many copies of an image are produced by repeated direct impression of an inked, raised surface against sheets or a continuous roll of paper. Letterpress is the oldest of the traditional printing techniques and remained the only important one from the time of Gutenberg, about 1450, until the development of lithography late in the 18th century and, especially, offset lithography early in the 20th.”. https://www.britannica.com/technology/letterpress-printing